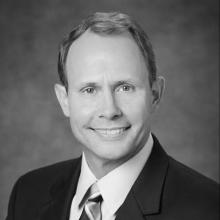 Wojnar was appointed vice president of corporate strategic planning at ExxonMobil in August 2017. Previously, he served as president of ExxonMobil Research and Engineering Company (EMRE). EMRE engages in the research, exploration, and production of crude oil and natural gas.

As president of EMRE, Wojnar oversaw more than 3,000 engineers and scientists. EMRE’s research and engineering facilities around the world are actively engaged in long-term, breakthrough research including advanced biofuels and fuel cell carbon capture, as well as executing capital projects and engineering programs to continuously improve the safety, efficiency, and productivity of ExxonMobil’s manufacturing operations. Prior to his role as president at EMRE, Wojnar assumed the position of senior vice president of the global polymers business in ExxonMobil Chemical Company in 2010. He became senior vice president in ExxonMobil Chemical Company in 2008, managing the global basic chemicals, intermediates, and synthetics businesses. Previously, he served as global vice president of the hydrocarbon and oxygenated fluids business. In 2006, he was the manager of global logistics optimization, supply, and transportation in Fairfax, Virginia. Wojnar has spent his entire career at ExxonMobil and its predecessor companies. He began his career in 1980 as a project engineer in Florham Park, New Jersey. Wojnar has been actively involved with Rensselaer since he graduated in 1980. He has been an ExxonMobil Key Executive since 2000. He was recognized with the RAA Alumni Key Award in 1999. He has been a member of the School of Engineering Leadership Council since 2013. Wojnar earned his bachelor’s degree in civil engineering from Rensselaer in 1980. He received an MBA from the University of Houston.
Back to top