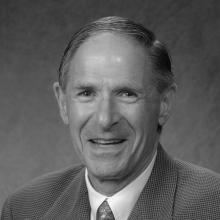 Thomas R. Baruch is a partner emeritus/strategic adviser at formation | 8. Tom is also the founder and managing director of CMEA Capital, which he founded in 1989 to pursue a lifelong passion for applying investment discipline and strategy to nurture investment success in the application of exponential new technologies, such as Moore’s Law and genomics, to building breakthrough companies that will transform industries.

Baruch honed his early-stage investment skills beginning at the Battelle Development Corporation in the late 1960s and then at Exxon Corporation in the 1970s and early ’80s. At Exxon, he managed investments and created several early-stage technology companies applying materials science and semiconductor-industry technologies such as Supertex (Nasdaq:SUPX). He formed CMEA Capital with New Enterprise Associates (NEA) in 1989 after previously having founded and served as CEO of Microwave Technology Inc., a supplier of gallium arsenide integrated circuits and value-added sub-systems. Baruch was one of the original investors in Aclara Biosciences, which merged with Monogram Biosciences (Nasdaq:MRGM); Entropic Communications Inc. (Nasdaq:ENTR); Flextronics (Nasdaq:FLEX); Netro (Nasdaq:NTRO); Silicon Spice, acquired by Broadcom (Nasdaq:BRCM); and Symyx Technologies (Nasdaq:SMMX). He currently heads up the firm’s energy and materials investments to include fuel cells, solar power generation and management, biofuels, and rechargeable batteries, among others. He continues to engage in his passion for early-stage investments by serving as chairman of the board of materials and energy companies including: Codexis Inc., CNano Technology, Intermolecular, and Wildcat Discovery Technologies. He also currently serves on the boards of Biolight, Draths, Entropic Communications (Nasdaq:ENTR), Exela, Foro Energy, Luminus Devices, and Solyndra. An area of special interest to Baruch is an innovative process for developing new chemical compounds called combinatorial synthesis. It applies a convergence of genomics, Moore’s law hardware, and custom software to enable very rapid screening of new materials. He has pioneered CMEA’s investments in companies that apply combinatorial synthesis including Codexis, Draths, Intermolecular, Symyx, Syrrx, and Wildcat Discovery. Baruch holds an engineering degree from Rensselaer Polytechnic Institute and a J.D. degree from Capital University. He is a registered patent attorney and is also a member of the board of trustees of Rensselaer Polytechnic Institute, the board of trustees of the Berkeley Institute for Synthetic Biology (BISB), the board of trustees of That Man May See Foundation, and the board of trustees for UC San Diego’s Dean’s Leadership Council, the Division of Biological Sciences. He is also both a member of the executive committee of the Council on Competitiveness and a member of the steering committee of the ESIS Initiative (Energy Security, Innovation and Sustainability) of the Council on Competitiveness.
Back to top