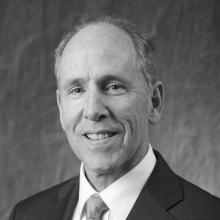 Mark Little was named senior vice president and director of GE Global Research in October 2005, becoming the ninth director in the 105-year history of the organization. As such, Little is responsible for leading one of the largest and most diversified industrial research and technology organizations in the world. He also serves as chief technology officer at GE.

At Global Research, approximately 2,600 people from virtually every major scientific and engineering discipline focus on the long-range technology needs of the company. The organization has research facilities in the United States, India, China, and Germany, working in collaboration with GE businesses around the world. Prior to his current role, Little was vice president of the power-generation segment of GE Energy, headquartered in Schenectady, New York. GE Energy is a world-leading supplier of power generation equipment including gas, steam, wind and hydro-turbine generators, turnkey power plant services, gasification technologies, and integrated gasification combined cycle. Little joined GE in 1978, starting out in the turbine business of the company. After holding several management positions in engineering, he was named product general manager for generators in 1989. In 1991, he became general manager—business development for GE Energy, responsible for strategic planning and joint venture development. In 1992, he was appointed product general manager for gas turbines and in 1994 was named vice president, power generation engineering. In 1997, Little became vice president GE power generation, responsible for the turbine, generator, and power plants business. In 2004, the hydro and wind turbine businesses were added to his portfolio. Little holds bachelor’s and master’s degrees in mechanical engineering from Tufts and Northeastern universities, respectively, and in 1982 earned a Ph.D. in mechanical engineering at Rensselaer Polytechnic Institute.
Back to top