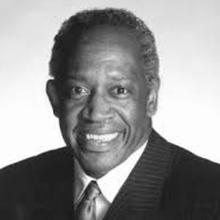 Dr. Lee A. McElroy, Jr. began his tenure as interim director of athletics in March 2015 and was named the permanent director in July 2015. He is responsible for overseeing the Institute's 12 men's and 11 women's NCAA intercollegiate teams (21 Division III, 2 Division I), involving more than 550 student-athletes.

"At Rensselaer," said President Shirley Ann Jackson upon the announcement of McElroy's full-time appointment, "our expectations for our students are very high: we expect them to change the world. We are very pleased that someone of the stature, experience, and intellectual agility of Dr. McElroy will be directing Rensselaer Athletics—and guiding, encouraging, and developing the remarkable young men and women who attend Rensselaer." "I would like to extend my deepest appreciation to Dr. Shirley Ann Jackson for the opportunity to serve as the director of athletics at RPI," said McElroy in July 2015. "During my interim appointment, I worked closely with Dr. Jackson and the campus leadership to further our focus on supporting student-athletes on and off the field with programmatic and leadership opportunities that embody the Clustered Learning, Advocacy, and Support for Students (CLASS) approach to the Rensselaer student experience. The student athletes, coaches, and staff are dedicated to attaining excellence in academics, athletics, and leadership—which is embedded in The Rensselaer Plan 2024 and a critical part of the vision for The New Polytechnic." For the 14 years prior to joining Rensselaer, Dr. McElroy served as Vice President and Director of Athletics at the University of Albany. During this time he was appointed to the NCAA Management Council and elected president of the National Association of College Athletic Directors (NACDA); won three America East Commissioner's Cups in 2007, 2013 and 2014; earned 32 NCAA post-season berths; won 74 America East conference titles; was named to the NACDA Hall of Fame in 2012; and served as President of the America East Board of Directors in 2007 and 2011. The ECAC Athletics Director of the Year in December of 2014, McElroy is a Trustee with the Capital District YMCA. He has also served as a member of the Board of Trustees for the United States Sports Academy and the College of Saint Rose and as the Director for the California Minority Golf Association. In June 2015, he was honored with the prestigious Minority Opportunities Athletic Association (MOAA) Distinguished Service Award for his dedication in promoting the understanding and appreciation of diversity. Through his more than three decades of athletic administration experience, Dr. McElroy also served as athletic director at several other prominent universities, including American University and California State University. In addition, he served as associate director of athletics at the University of Houston. Dr. McElroy received an educational doctorate in educational leadership from the University of Houston, a master's degree in education from the University of Southern California, and a bachelor's of science degree in political science from the University of California, Los Angeles, where he was a three-year letterman on the UCLA football team.
Back to top