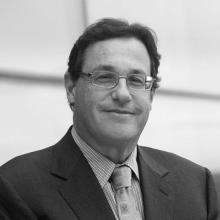 He received his B.A. degree in Biochemistry and Chemistry from Brandeis University and his Ph.D. in Biochemical Engineering from the Massachusetts Institute of Technology. At Rensselaer, he served as the Vice President for Research, the Director of the Center for Biotechnology and Interdisciplinary Studies, and Department Chair. Prior to joining Rensselaer, he was Professor of Chemical and Biochemical Engineering at the University of Iowa, where he also served as the founding Associate Director of the Center for Biocatalysis and Bioprocessing. Dr. Dordick’s research group includes chemical engineers, bioengineers, materials scientists, biologists, chemists, microbiologists, and computational scientists all focused on gaining a quantitative understanding of biological principles and applying them to advance bioengineering and biomanufacturing. He has served the biochemical engineering community as a previous chairman of the Biotechnology Division of the American Chemical Society and as an editor of Biotechnology & Bioengineering. Professor Dordick has made foundational contributions to enzyme technology, microscale cell culture engineering, drug discovery and human toxicology, and biomanufacturing. He pioneered the development of enzymatic and chemoenzymatic methods for new materials synthesis, initiated the new field of molecular bioprocessing, which combines biocatalytic molecular diversity and in vitro metabolic pathway engineering with high-throughput and high-content microfluidic- and microarray-based tools to generate biologically active compounds, and greatly expanded the fundamental understanding of enzymatic catalysis in abiotic environments critical for chemical and pharmaceutical processing. Finally, he has used biomolecular discovery and engineering to address clinical translation in areas of infectious disease, neurological diseases, and anticoagulant therapy.   Professor Dordick has received numerous awards, including the Amgen Award in Biochemical and Molecular Engineering, Food, Pharmaceutical and Bioengineering Award of the American Institute of Chemical Engineers, Marvin J. Johnson Award and the Elmer Gaden Award, both of the American Chemical Society, the International Enzyme Engineering Award, and an NSF Presidential Young Investigator Award. He is an elected fellow of the National Academy of Inventors, the American Chemical Society, the American Association for the Advancement of Science, and the American Institute of Medical and Biological Engineers. He has cofounded several companies, including EnzyMed (now part of Albany Molecular Research, Inc.), Solidus Biosciences Inc., and Redpin Therapeutics. He has also served on multiple White House-sponsored panels and committees in biomanufacturing. Professor Dordick has published over 400 papers and is an inventor/co-inventor on over 45 patents and patent applications.
Back to top