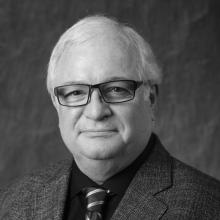 Jeffrey L. Kodosky co-founded National Instruments in 1976 and subsequently served as the company’s vice president of research and development from 1980 until he was named an NI Business and Technology Fellow in 2000. National Instruments is recognized as an industry leader in instrument control.

He holds 68 patents associated LabVIEW technology and was inducted into the Electronic Design Engineering Hall of Fame for his invention. He serves on the University of Texas College of Science Advisory Council, the UTeach Advisory Council, the UT Physics Department Advisory Council, and the Advisory Group at Southwest Texas State University's Math Department. In 1999, he received the University of Texas College of Natural Sciences Hall of Honor Award and the Rensselaer Alumni Association Fellows Award. He was recognized with the Woodrow Wilson Award for Corporate Citizenship. He earned his bachelor's degree in physics from Rensselaer Polytechnic Institute in 1970. Updated 12/6/17
Back to top