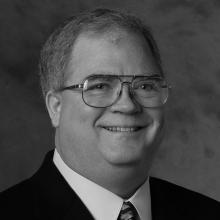 His materials informatics work led to his being an advisor to the White House OSTP/NIST Materials Genome Initiative (MGI) program. Dr. Breneman is founder and Director (2005 - present) of the interdisciplinary School of Science-based Rensselaer Exploratory Center for Cheminformatics Research (RECCR). Dr. Breneman has published more than 100 journal articles, 16 book chapters, numerous refereed conference proceedings, and holds a patent on his molecular property descriptor technology ("PEST") which has been licensed by several major pharmaceutical companies. His "RS-Predictor" drug metabolism method is currently in use across the drug discovery industry, and his "YAMS" materials informatics software has been supported by the ONR and licensed by a major aerospace company. Dr. Breneman's "CHELPG" atomic charge algorithm was used to parameterize several major molecular force-fields is an integral part of the Gaussian series of quantum mechanical software which is used by thousands of universities and companies worldwide. His 1990 CHELPG paper has been cited more than 2,600 times. Dr. Breneman has graduated 22 Ph.D. students during his academic career at Rensselaer. Dr. Breneman is a Fellow of the American Chemical Society and served the ACS Division of Computers in Chemistry as both Treasurer/Fundraiser for ten years, and then as Chair of the Division in 2010. Dr. Breneman received his B.S. in Chemistry from UCLA and his Ph.D. from the University of California at Santa Barbara for his work in Physical Organic Chemistry. Immediately prior to joining Rensselaer, Dr. Breneman performed postdoctoral research at Yale University in the field of theoretical and computational chemistry.
Back to top